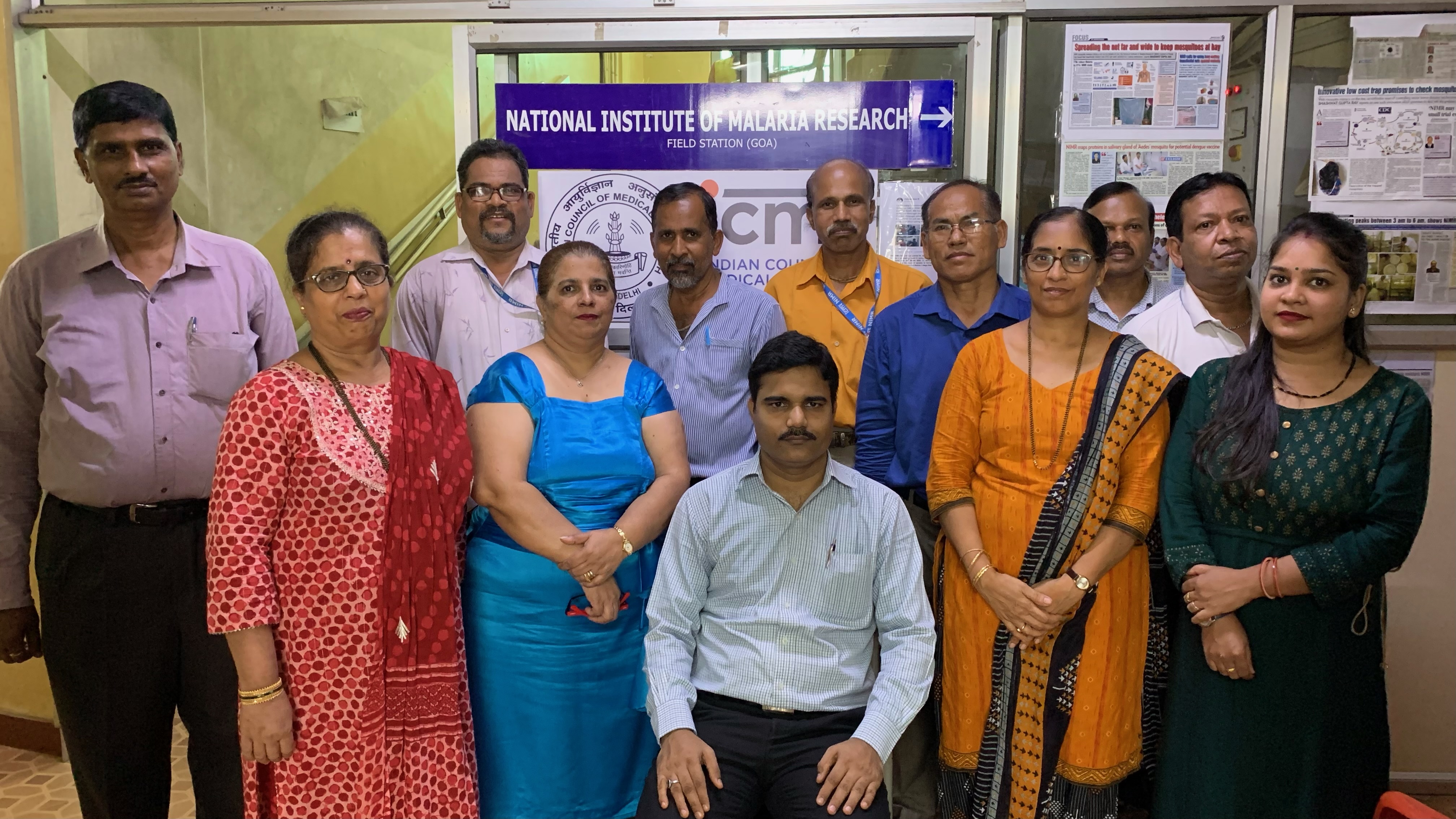 The Field Unit (FU) of ICMR-National Institute of Malaria Research at Panaji was established on 6th Sept. 1989. The main objective of this FU was to control malaria in Goa bysituational analysis, research evidenceand demonstration of control of malaria in Panaji from 1989-92 and Candolim PHC 1994-1995 by bio-environmental methods. The FU has assisted State National Vector Borne Diseases Control Programme (NVBDCP) in framing suitable bye-laws for vector control, preferential diagnosis and treatment of malaria in high risk groups and in the amendment of existing bye-laws in the Goa Public Health Act. The FU also provides training to Health Officers, Medical Officers and Senior Supervisory staff of the Directorate of Health Services, Goa.

The FU is currently involved in basic and applied research related to malaria. The ongoing research activities of FU include study of malaria vector bionomics in Goa to facilitate effective vector control strategies,studies on the changing behavior of mosquito vectors such as feeding and resting behavior and population dynamics in persistent transmission areas under different phases (categories) of malaria elimination, periodical assessment of malaria vectors susceptibility to commonly used insecticides and isolation, characterization and bio-assays of indigenous strains of mosquito-pathogenic Bacilli for vector control.

The National Institute of Health (NIH), USA funded study is being currently executed with the aim to understand current associations of human malaria parasites and their natural vectors in India. Comprehensive vector monitoring of vector population carried out in representative malarious areas of Goa will aid in source reduction/elimination of breeding places.

Over all FU Goais supporting the state NVBDCP in elimination of malaria in the state.